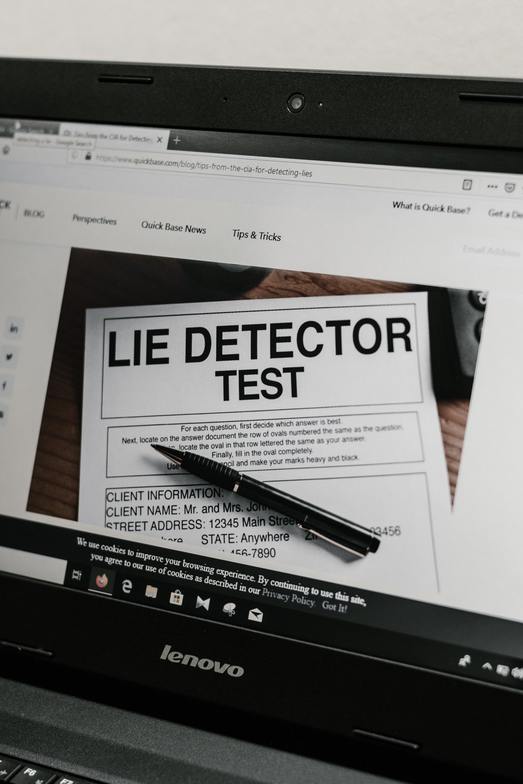 By definition, a truism is a statement so obviously true, it doesn’t need proving.  In other words, truisms are generally accepted truths.  That is why I am a bit surprised at just how many untrue truisms there are out there.  Here are a few we should rethink. ·       “God Won’t Give Us More Than We Can Bear.”  You’ve probably heard this all your life, but have you ever asked yourself where such a concept is taught?  I would suppose that 1 Corinthians 10:13 is the text that is used to affirm this belief, but is this really what the text says?  In this context, Paul is talking about an escape route from the temptation to sin.  There is always a way to avoid sin.  This passage promises us that we will always have a choice to do right or wrong.  Never will we be placed in a situation where the only option is to sin.  That’s what this passage is talking about.  However contextually, it isn’t addressing the burdens we sometimes must bear in life.  In fact, 2 Corinthians 1:8 explicitly demonstrates that this “truism” is an “untruism” for it says, “For we do not want you to be unaware, brothers, of the affliction we experienced in Asia. For we were so utterly burdened beyond our strength that we despaired of life itself.  You see, it’s the times when we are burdened more than we can bear, that we are driven to God for help (1 Peter 5:7).
·       “Everything Happens for A Reason.”  This sentiment is designed to give hope to those who have experienced some painful or confusing events in life.  We may find difficult circumstances easier to cope with if we knew that those circumstances were all a part of God’s grand plan for our lives.  While I do not deny that God providentially works in our lives (Romans 8:28), I do deny that everything that happens to us is a part of a “plan.”  I’ve heard people say, “there’s no such thing as ‘luck’,” or “there’s no such thing as chance.”  However, Jesus never said that.  In fact, he said the opposite.  Do you remember what he said when he told the parable of the Good Samaritan?  He said, “Now by chance a certain priest came down the road…” (Luke 10:31).  Apparently, Jesus believed that some things were simply the result of chance.
·       If It Isn’t Broken, Don’t Fix It. If we were to follow this “truism” we’d still be using “candlestick telephones,” preaching chalk board sermons, and lighting our homes with oil lamps.  All of these things worked, but better things came along.  Just because something works doesn’t mean we shouldn’t be trying to “tweak” it to serve us even better.  We probably all know of some dying churches who are dying because their leadership has adopted this “untruism.”
·       Better Safe Than Sorry. If followed, this truism would rob us of all our heroes!  What if the Old Testament prophets and the New Testament apostles would have followed such advice?  Seldom is greatness achieved without risk. Playing it safe didn’t pan out so well for the man who was given one talent and he buried it, now did it (Matthew 25:14-30)?
·       Every Little Bit Helps. While this sentiment may encourage participation in projects, it does very little to meet substantial needs.  Sometimes “a little bit” is not a help at all, but is woefully inadequate.  Sometimes, for the church to move forward, it doesn’t need “a little bit” from its members, because “a little bit” won’t help at all.  What is sometimes needed are great, bold, and costly sacrifices!  We may be able to salve our consciences with this little “untruism,” but we will never rise up and do great things that require great faith and sacrifice in order to be accomplished.
So, beware, not every “truism” is as true as you might think.
Editor’s Note: Not long ago I read this article by Steve Higginbotham. The title caught my eye. The subject matter is interesting. It deals with things brethren say, often in the course of casual conversation, that seem true, but are not.

Brethren are funny. Conservative souls demand truth. Would that all brethren did! They insist that they speak the truth, the whole truth and nothing but the truth. In reality they don’t. Brother Higginbotham gives us five examples of conventional wisdom that are spoken as truth. They may be true after a fashion, but surely, we can do better than that! This article gives us some things to think about that should help us be more cautious in our speech. – Dennis Gulledge.

AT LEAST WE KNOW WHERE THEY ARE PROGRESS OF THE GOSPEL IN SALZBURG, AUSTRIA FIVE “UNTRUISMS” IN THE CHURCH