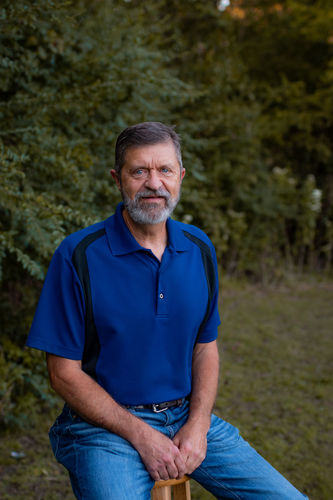 Paul is the son of Dollie Word and the late Gene Word who served as an elder at the 6th and Izard congregation. He was born in Little Rock in 1960, grew up in Little Rock, and attended the congregation at 6th and Izard.  While a senior at Harding in 1983, Paul’s father died, and he immediately accepted the responsibility of helping his mother and watching over his younger sisters. Through a mutual friend, he met Tarena Snider, and they married in 1987. 3 children completed this family: Emma, who attends Mabelvale along with her husband Sam, Wilson, who is a student at the University of Central Arkansas, and William, who is a student at Harding University.

After graduating from Harding, Paul worked for The Bug Man, was a partner in a construction company, and in 2012 opened his own business as an independent, construction contractor. Being self-employed takes most of his time, but Paul is an avid hunter when time allows.

Since placing membership in 2003, Paul and his family have been faithful members of the Mabelvale congregation. Before becoming an elder, he served as a deacon. He is knowledgeable in all works of the church, but his expertise in building and construction is invaluable in the upkeep of the church building/grounds. He also coordinates worship and prayer leaders.

“My vision for the church at Mabelvale is to see our congregation continue to preach the gospel locally and around the world. I want us to have open arms and open hearts to all who are seeking the truth. I would like to see us put particular emphasis on programs that build up our youth, young adults, and young couples because they are the future of the Church!”